A mix of ballet and hip hop is taking over the dance world, and I have to say we are totally here for it! Hiplet, pronounced like ballet just with hip in the front, is an mixture of classical en pointe ballet and hip hop.  Dancers perform the routines wearing standard pointe shoes, while adding the low and gritty styles of hip hop in between.

How was it created? 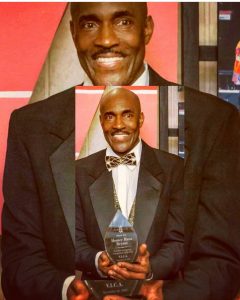 Hiplet was created by classically trained dancer Homer Hans Bryant. Hiplet was originally called the rap ballet in the early 90’s and was later developed into Hiplet technique. Hiplet gained major popularity when a video of Homers students practicing the technique at the Chicago Multicultural Dance Center went viral. People all over the world were fascinated by this new and hip style done while wearing classical pointe shoes. The video has reached over 75 million views on social media and the Hiplet Ballerinas are now in constant demand!

Fun Fact
In order to be a Hiplet ballerina one must have extensive ballet training. This style is not for everyone and your ankles have to be strong in order to properly execute this hot new style.

The School of Homer Bryant and CMDC. www.cmdcschool.com. Chicago IL.–Trained in Tradition and Dipped in Versatility. …Because we can…Advanced Ballet….

What do you think about Hiplet? Are you totally into trying it out? Let us know in the comment section below!

Kyle Matthew Gives Us an Inside Look at “Bunk’d”