The Charlotte Ballet has a fabulous new artistic director (Hope Muir) and plans to up their tour schedule. The Ballet has been named the United States’ highest rating touring company by the National Endowment for the Arts and is known for its fabulous tours both nationally and internationally.

Lately, Charlotte Ballet has been expanding its audience at home and prioritizing annual residencies at The Chautauqua Institution in New York and The Gaillard Center in Charleston, South Carolina. Now, after its most successful season to date, Charlotte Ballet has partnered with KMP Artists to work on a tour that will likely be a gift to dance enthusiasts worldwide. 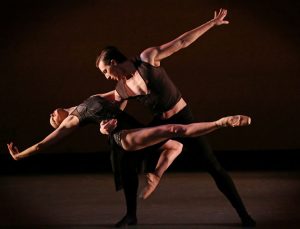 Along with plans for an astounding tour, the Ballet’s 2017-2018 season includes seven new choreographers in five world premieres and two American premieres.

Want to know more about the Charlotte Ballet and its upcoming season? Click here.