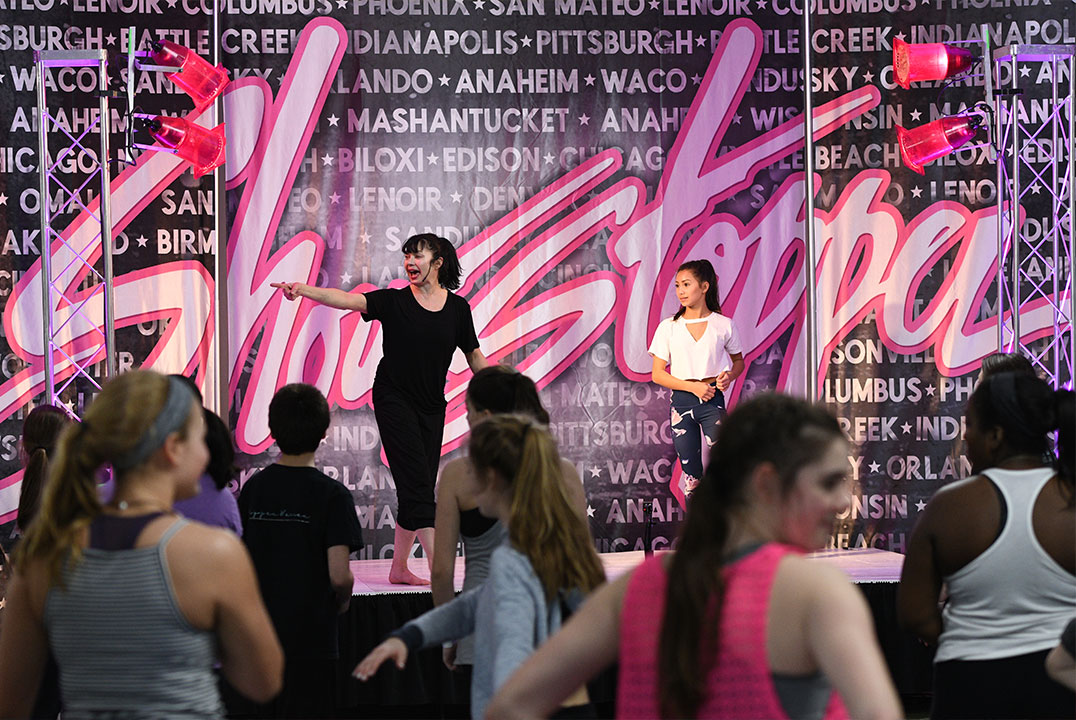 Be a Triple Threat

It is important to approach Broadway with a “triple threat” attitude. Mary Ann defines a triple threat as a performer that can sing, dance, and act. However, she also points out that very few people are triple threats. (Some triple threats that Mary Ann referenced are Beyonce, Chita Rivera, and Hugh Jackman.) Because being a triple threat on your own is rare, Mary Ann stresses the importance of knowing your strengths and your weaknesses. If you know that you are an amazing dancer with vocal ability but your acting abilities aren’t Broadway level, then you need to make a plan to work on your weakest skill area.

Of these skill areas, acting is probably the most important because a Broadway career is based in story-telling. Every performance requires you to live a story and share that story with the audience. Of course, it is key that you are well-rounded in all three skill areas. When you are auditioning for a Broadway production, everything needs to be at its best.

Never Expect to Do the Same Thing Twice

On Broadway, every audition and performance is unique. Because of this, Mary Ann says to approach each experience like it is “the first time every time.” This is especially important once you have a role in a Broadway production because, as Mary Ann says, “people pay for truth and honesty.” You have to push to be self-motivated and push yourself to make every moment greater than the last because your audience will be expecting all you have to offer.

“You want to have a career, and one show, movie, concert is not a career,” Mary Ann says. She sees that performers have an idea of what “making it” is, but she believes there is no making it because you should constantly work to discover and improve.

No matter how talented you are, if you do not back your ambition with hard work, you will have a hard time finding your way onto a Broadway stage. Mary Ann looks to some of the icons of dance history to highlight the importance of working hard on your craft. “Balanchine did the work,” she says. “The greats did not stop working.” To be successful, you can’t stop working either.

Mary Ann has three rules that are key to success in any professional dance arena. These rules encourage hard work and responsibility for your own successes. Keeping them in mind will guide you to great things on and off Broadway.

Mary Ann Lamb started her career at age 17 in The Las Vegas Follies. After touring the world with The Follies and filming The Follies television special in Paris, she moved to New York to perform on Broadway! Mary Ann has performed in more than a dozen Broadway shows and even more off-Broadway. She has also performed on film in Chicago, The Muppets, and more. Mary Ann has taught dancers at top schools like Julliard and even choreographed for SYTYCD. These incredible achievements along with countless other productions, tours, films, TV appearances, and commercials are just the beginning. In 2018, Mary Ann Lamb is just as busy and driven as she was at 17.