Home Entertainment Celebs On The Radar: Kida The Great 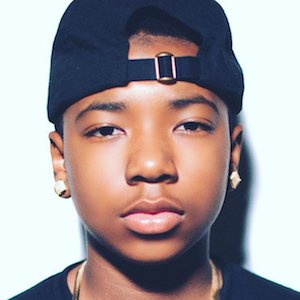 His name definitely matches his talent level. It was only right that we featured Kida as our first male OTR. This kid is seriously a talented dancer, actor and choreographer. And did we mention he is only 14.

Kida, whose real name is Leon Burns is a dancer from California. His first claim to fame was in 2010 when a dance battle between him and a competitor went viral. It took the world by storm and since then Kida has been taking over.

In 2016 Kida won his biggest award yet. He was the first ever winner of So You Think You Can Dance: Next Generation. This inaugural season was dedicated to dancers ages 8-13. They were paired with some of SYTYCD best all-stars for a chance to take home the prize, and Kida did just that. Fun Fact, his all-star partner just happened to be Fik-Shun, one of Showstoppers convention teachers, and an all around amazing hip hop dancer.

Hmm?? Should I be a Bee for halloween????? @dance10fikshun #WeShouldDoTheBeeRoutineOnHalloween

Kida and Fik-Shun on the SYTYCD Next Generation stage.

Since the show Kida has been catapulted into the spotlight. He has made numerous television appearances, and is constantly holding his own master classes. He is working everyday to hone in on his craft. Below you will see a video of him and some of his family performing a piece their own killer choreography.

Keep up the good work Kida. We can’t wait to see what you accomplish next!

Thomas Day Finishes Out a Year of Incredible Music with “The...