We recently got in touch with EmJ an amazing person and former dancer with an inspiring story that we just had to share. 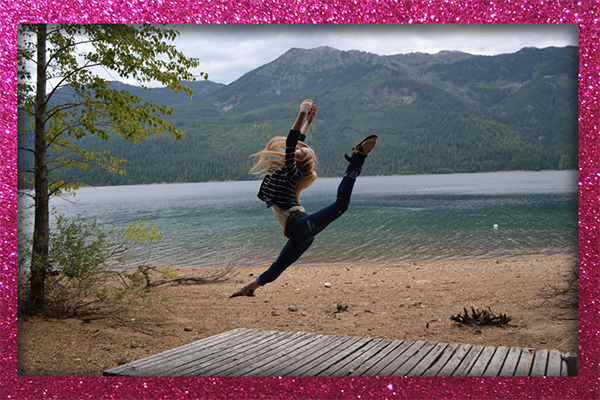 Despite being diagnosed with Celiac Disease as a preschooler, EmJ was just a normal girl. She spent her time hanging out with friends and family, filling her Instagram with pictures from dance and playing with her dog. Giving up sweets like birthday cake and having to watch her diet closely was trying, but it wasn’t enough to separate her from other girls her age – until the seventh grade when more issues started to appear.

EmJ began to experience random dizziness, exhaustion, and achy joints. But it wasn’t all bad. Around the same time, EmJ also became crazy flexible. She could do advanced splits with ease and bending and stretching were anything but hard despite being a young dancer. Unfortunately, she was also getting injured more frequently. Sprained ankles and pain in her hips made it hard to dance and exercise and worried EmJ and her parents.

After lots of Googling of symptoms, doctors appointments and visits with specialists, EmJ was officially diagnosed with Ehlers-Danlos Syndrome, or EDS, at 13.

EDS refers to a group of six genetic tissue disorders that affect the biological make-up of the body’s collagen (the protein that holds everything together). It affects about 1 in 5,000 people. You can learn more about EDS at the Ehlers-Danlos Society website here.

EmJ was diagnosed with the hypermobile form of EDS which is what caused her extraordinary flexibility as well as her constant injuries such as sprains dislocated joints and bruises. Her EDS also causes dysautonomia which is the breakdown of the autonomic nervous system. It causes problems with this system and the involuntary functions it controls like blood pressure.

How does EDS affect you? 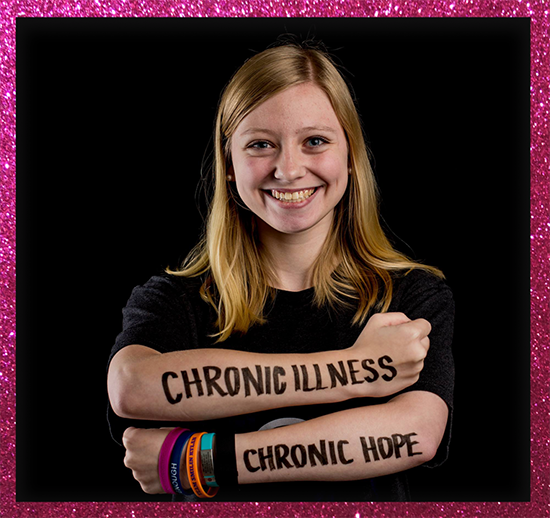 ore than I realize, sometimes! I’ve gotten used to a 26-pills-per-day regimen, trying to drink 100 ounces of water, scheduling classes and activities around my energy levels, and doing physical therapy. The hardest aspect, though, is probably fatigue. I can’t remember the last time I haven’t been tired! Just four years ago during my sophomore year in high school, my family was considering homebound education because I was too fatigued to pay attention in class. Even though I still deal with fatigue on a daily basis, I’m really thankful to have found a combination of medications and lifestyle changes that allow me to be a full-time college student over 2,000 miles away from home.”

What are you up to now?

“I can no longer dance. That has been really hard and was (and still is, in a way) a major loss. Being a dancer was my identity – it was all I posted about on Instagram, consumed my time and energy, and was what motivated me to get out of bed each morning. I felt like I needed to redefine myself after my dance “career” ended after eight years in March of 2015. Who am I? What am I passionate about? What’s my “why” behind my actions and choices? 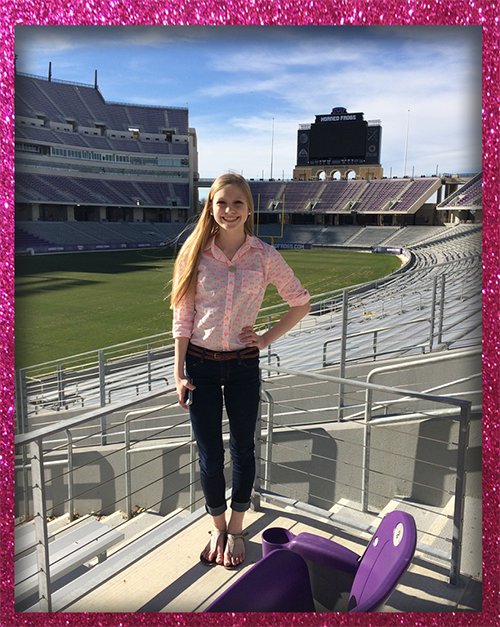 It took nearly a year for me to resolve these questions, with answers starting to form in the second semester of my freshman year at Texas Christian University. That is when I dove headfirst into my other greatest passion: working with children with special needs. Teaching was a dream of mine ever since my little sister was born when I was three, but working with special needs students specifically has been a hope since freshman year of high school. However, multiple doctors told me that my dream career as a special education elementary school teacher was unrealistic, due to the high physical demands that my body wouldn’t be able to handle.

So when I entered TCU, I was a sports psychology major, hoping to work with athletes on skills such as mental toughness, leadership, grit, and so on. Sports psychology is an incredibly fascinating field, but I wasn’t feeling fulfilled with just academics like I had hoped to. I began volunteering at KinderFrogs, a preschool for kids with Down Syndrome and other disabilities right on TCU’s campus. The hour I spent each week (now three hours!) with my toddler classroom was where I felt like “me” again – whole, joyful, able. It gave me the same feeling that dance did, a concept I finally recognized in spring of 2016, when I switched my major to early childhood education with a focus in special education. I was able to find my new purpose in life that was much bigger than the excitement of getting a first place trophy or nailing a triple pirouette during an audition. I’ve finally been able to let go of that sadness over the loss of dance in my life because I’ve had the chance to replace it with something even more wonderful that is impacting kids’ lives on a daily basis.

In the future, I would love to be a teacher in a children’s hospital. It is obviously a non-traditional setting, but I have a unique perspective as someone with chronic illnesses and am also a huge advocate for childhood cancer awareness and research.”

What kind of dancer were you? 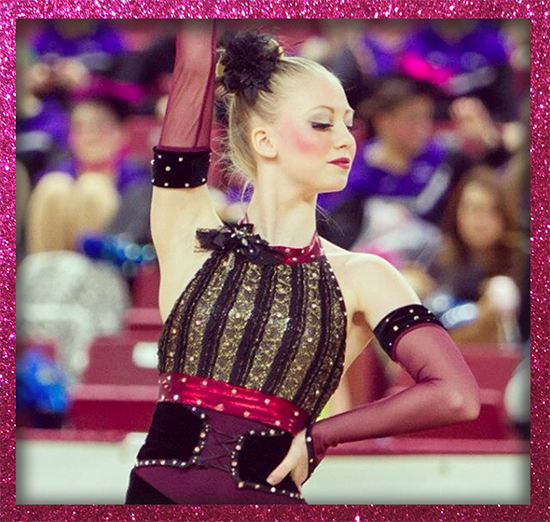 “When I first started dancing in 5th grade, I took one ballet class and fell in love! I later added on jazz, lyrical, acro, contemporary, and pointe. On my high school dance team, we competed in dance (usually jazz), pom, and kick. My favorite style was definitely contemporary, but jazz was a close second!”

How is dance still a part of your life?

“I’m still incredibly passionate about dance and probably spend way too much time on YouTube or live streaming dance competitions. The power and beauty of dance will never fail to impress me! I have to check myself fairly frequently though, because it’s easy to be sucked into this hole of frustration that I’m not able to do what I love wholeheartedly. “

“I competed at Showstopper in 2012 and I remember being SO excited to dance on the Showstopper stage! I had watched others compete with that backdrop and I thought it was the coolest thing ever 🙂 Nerdy, right?! Competing was honestly my favorite part of dancing and those weekends spent with caked-on makeup and nervous butterflies in my stomach will be some of my favorite memories.”

What would you say to others like you who have conditions that prevent them from dancing?

“Know you still have so much worth outside of the dance studio or competition venue! Your feelings are valid and it is heartbreaking to have to press pause (or stop) on something you love so much. But there is still an incredible and beautiful future ahead of you, whether it involves dance or not! Try and find a solid community to support you throughout this time, whether it be family, friends, your dance, team, a faith group, or something else. Dance is always going to be part of your story and no one can take away the lessons learned, time invested, and memories made.“

We had an awesome time talking with EmJ and hearing her story. We hope she inspires you as much as she inspires us.