When you go to Walmart, chances are you aren’t heading to your favorite aisle to belt out country songs – more likely you’re just making a mad dash for the chips. Over the weekend, 10-year-old Mason Ramsey rose to Twitter fame after a video of him singing and yodeling in Walmart went viral. 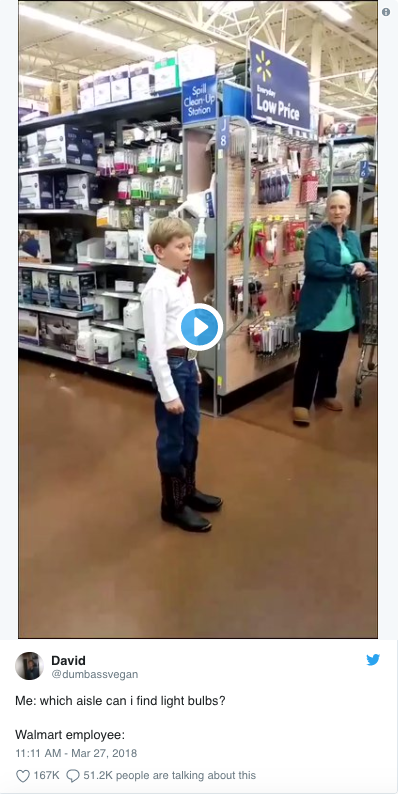 Since then, Mason has become a singing sensation and, as you probably expected, a meme. Apparently, this wasn’t a one-time or accidental thing. Mason will occasionally head out to his local Walmart to share his vocal talents with his community. He has also gone on air at some of his local radio stations to yodel for them as well, but it doesn’t stop there! Mason is an aspiring country singer who posts covers of songs on his YouTube channel.

The memes of this young singer range from comparing him to cartoon characters to remixes of his Walmart performance popular songs. No matter how they are interacting with Mason’s rise to fame, however, it seems like the internet has come to the consensus that he is amazing!

We won’t be traveling to Walmart to yodel anytime soon, but we’ll be looking forward to the next time Mason decides to grace the internet with another song.

“It definitely sets the tone for what else is to come!”: Chloe Star on Her Debut Single “Element”